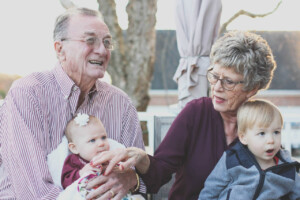 Interestingly, the age of majority under the SECURE Act may not be 18. Rather, a child may be considered as having not reached the age of majority if the child has not completed a “specified course of education” and is under the age of 26. Once the child attains 26, the ten-year distribution period will begin, and the child must withdraw the entire account balance by age 36. We are not sure what “specified course of education” means at this time, as it is not defined in the regulations.

The SECURE Act’s requirement that an IRA beneficiary withdraw the entire balance of an IRA within 10 years of attaining the age of majority likely frustrates many account owners’ intended goal when they designated their child as beneficiary of their IRA. Now, such beneficiaries could receive a large sum of money at a young age, when they have little to no experience managing significant sums of money. The concern is that the young beneficiary will squander an inheritance or make poor financial decisions. The other concern is that the beneficiary would have to pay income tax on the entire amount of the account between the ages of 28 and 36, depending on when the beneficiary reaches the age of majority.

Due to this change, it is important to review your IRA and 401(k) beneficiary designations. If the goal of your retirement plan is to provide lifetime income to your child(ren), you may need to reconsider the strategy.